Fast fashion is the new fashion. Most of us know how damaging fast fashion can be to the environment, but it is hard to resist a dress shirt (or two) for $8 at H&M.

The fashion industry churns out over 1 billion items of clothing every year, producing 1.2 billion tons of CO2 equivalent at the same time, accounting for 5% of global greenhouse gases. But it wasn't always like this. Back in the day, clothes were not mass-manufactured, and people had their clothing tailored. World War II imposed fabric restrictions and more functional styles were made necessary, leading to an increase in standardised production for all clothing.

After becoming comfortable with such standardisation, middle-class consumers became more receptive to the value of purchasing mass-produced clothing after the war.

Amancio Ortega started his retail empire in 1975 when he opened his first clothing store called Zobra, known as Zara today.

In the 1980s, Zara dominated the market by integrating two techniques namely quick response manufacturing and dynamic assortment. Because of this, fast fashion companies are able to catch trends at lightning speed.

"The average American woman is buying 64 new articles of clothing per year, half of which are worn three times or less. The only large-scale retailer that can cater to this extreme need for variety right now at an average price point is currently H&M and Zara," said Jennifer Hyman, co-founder and CEO of Rent The Runway.

Conventionally, legacy brands release huge amounts of clothing during each season. Months of designing, manufacturing, and distributing go into each season - a process that can take up to 21 months at a time.

Kim K wore an eye-catching Thierry Mugler design, which was knocked off by Fashion Nova within 24 hours. While people tend to conflate knockoffs and counterfeits, they are not the same.

Counterfeits are illegal, but knockoffs only resemble the design of the original and that is legal.

To be able to catch trends this fast, it means companies are relying on real-time data to monitor trends, scour social media for feedback.

Dynamic assortment ensures a constant flow of new products. H&M salespeople told Netflix that "New clothes come in 4 times a week." Instead of the conventional 2-4 seasons a year, fast fashion has made it possible to have a new season every week - 52 seasons in a year.

According to The Guardian, textile production created more greenhouse gases than the emissions of all international flights and maritime shipping combined.

Growing cotton to make an average-sized jacket would have taken 10330 litres of water, which is equivalent to 24 years of drinking water for one person. Synthetic fibres are made of crude oil and other materials like viscose and rayon rely on forests, but 70 percent of harvested wood is dumped or incinerated.

Just one salvation army centre in New York creates 18 tons of unwanted clothing every 3 days. What cannot be sold are often sold to buyers in the developing world, and it becomes a dumping ground.

While the fast fashion business model has revolutionized the industry, it is flooding the environment with unwanted clothes - 87 percent of which is incinerated or dumped in a landfill. Consumers today no longer wear clothing till it falls apart and that quickly translates to the 123 cotton blend T-shirts the average American buys. 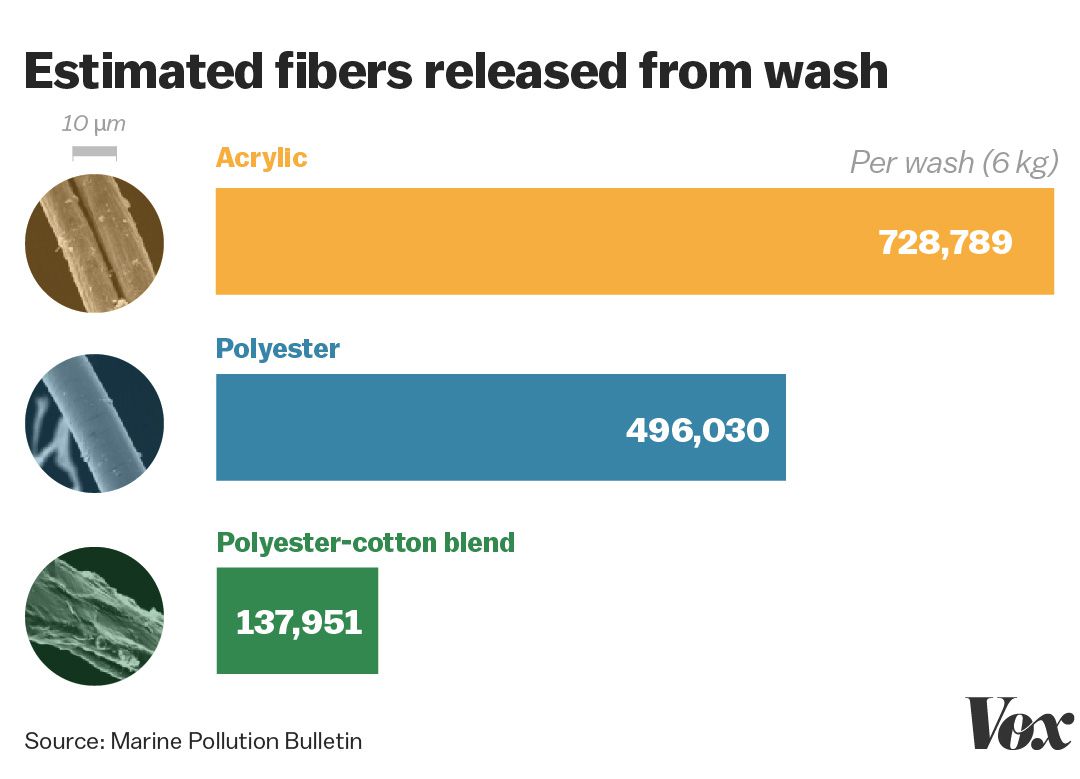 About 60% of clothing fabric are made from plastic-based material like polyester and acrylic. Synthetic fabrics are gaining popularity particularly in the fast fashion industry because of its lower cost, higher durability and quick-drying properties.

While its benefits are valid, here is the catch: every time they are washed, they shed tiny plastic fibres called microfibres - a form of microplastics up to five millimetres in size.

Laundry alone accounts for half a million tonnes of plastic microfibres released into the ocean annually - the equivalent of three billion polyester shirts.

Water treatment plants are not an infallible gatekeeper, and let up to 40% of microfibres they receive be discharged into water bodies. It is also not mandated for plants to capture microfibres.

Microfibres, which often contain toxins like pesticides and industrial chemicals,  make their way up the food chain when they are mistakenly ingested by fish and other marine animals.

1. Wear your clothes a little longer

By wearing clothes for an extra nine months, it reduces production carbon footprint by 30 percent. If you need variety, buy a used item instead of new this. If everyone were to practise this in a year, it could save nearly six pounds of CO2 emissions - equivalent to removing half a million cars off the road for a year.

﻿2. Slow down your closet consumption.

Looking to wear a specific outfit for an event or need to change your style? Borrow if you can and if you plan to purchase, choose to buy second hand or invest in sustainable brands or pieces that will last long. Remember: only buy if you need to!

3. Invest in washing bags or a Cora Ball if you can

Washing bags like the ones developed by guppyfriend can reduce microfibre release by 86% and captures the microfibres that do break free. It is a scientifically approved solution and also helps your garments last longer.

Inspired by the way coral filters the ocean, Cora Ball collects microfibres from clothes into fuzz to keep them out of our oceans. Just toss the Cora Ball into your washer and you're good to go!

All it takes is a little consciousness.